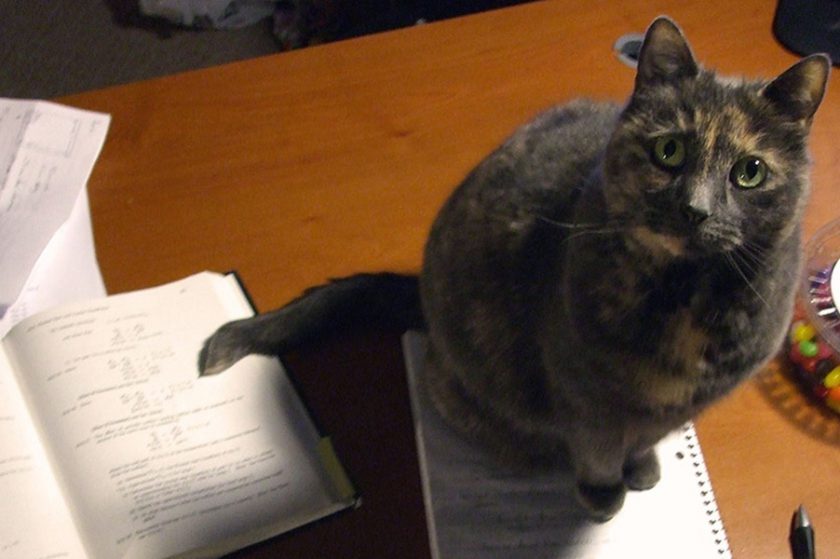 A life-saving rate is often used to report the life-saving performance of an animal shelter. Conceptually a life-saving rate reflects the proportion of animals that enter a shelter and survive during a given period of time, a dimensionless quantity typically expressed as a percentage:

Comparing rates from one shelter to another can be difficult because there are different rates that go by different names, and that quantify life-saving in different ways. In this post we will look at and contrast four widely used rates.

All life-saving rates can be described in terms of a basic model of animals flowing into and out of the shelter:

In this model, live animals are admitted into the shelter, stay for some period of time (either in the shelter or in some off-site place like a foster home or an adoption center), and are then discharged with an outcome. Every discharged animal falls into one of three classes: discharged alive, discharged dead, or gone missing.

An animal discharged alive may have been redeemed by its owner, adopted by a new family, transferred to a rescue group or another shelter, or released to the care of the community (i.e., feral cat, community cat, and barn cat programs). An animal discharged dead may have died in custody, been killed (i.e., destroyed), or been given euthanasia (i.e., mercy killing, because it was irremediably suffering). The break-down of outcomes is captured in the following diagram: 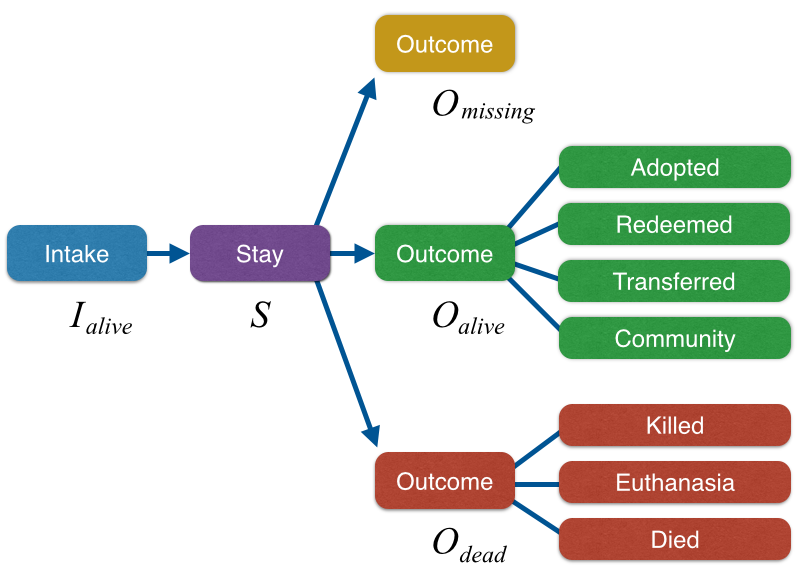 The model gives rise to a balancing equation that accounts for all animals in the custody of the shelter during a given time period:

is the number of animals in custody at the start of the time period,

is the number of animals in custody at the end,

is the number of live animals taken up, and

is the number of animals discharged

Some shelters use a balance sheet to report the distribution and state of all animals taken into custody. Here are three balance sheets that have been promulgated for shelters to use:

This life-saving rate is sometimes reported as the “raw” rate, apparently to distinguish it from other “cooked” rates, most notably the Asilomar Live-Release Rate (discussed next). Since the rate expresses the comparative size of a part to a whole, it will never exceed 100%. This rate also has a meaningful complement, which is the proportion of animals discharged dead or missing during the time period.

This rate emerged from the 2004 Asilomar Accords on shelter animal It is a true “release” rate, accounting only for animals discharged, and expresses the comparative size of a part to a whole, so it will never exceed 100%. The discharged animals subtracted out are those that go missing while in custody, die in custody, or are given euthanasia at the request of a relinquishing owner, where the animal has been classified as “unhealthy” and “untreatable.”

The unnecessary positive bias present in this rate was identified as a problem soon after the rate was proposed as a Nonetheless, the rate was adopted by many shelters, though it is not an improvement over the Simple Live-Release Rate, which is both unbiased and easier to calculate.

Some shelters use the Asilomar Lite Live-Release Rate, which is a variant that has a slightly greater positive bias, since additional discharged animals are subtracted out of the denominator.

The Lite rate was created for use by shelters that did not distinguish between killing and true euthanasia when destroying an animal on the request of a relinquishing owner. Therefore, all animals killed on request are subtracted out.

The NKAC Save Rate expresses the comparative size of a part to a whole, so it will never exceed 100%. However, it is not a “release” rate, since it includes animals staying in custody as well as animals discharged.

The NKAC Save Rate derives directly from the balancing equation (1). Therefore, it is the only life-saving rate that accounts for all the animals present during the given time period.

The ASPCA Live Release reports the ratio of live outcomes to intake during the time period.

This rate is peculiar because it is not a “release” rate and it does not express the comparative size of a part to a whole (the set of animals discharged alive is not a subset of the set of animals admitted alive). Instead, it is a plain ratio, the exact meaning of which is hard to interpret.

This rate is influenced by the number of animals staying in custody, since those animals act as a buffer between intake and outcome. The rate will be lower or higher when the number of animals staying in custody is growing or shrinking, respectively. High-performance shelters routinely store up animals that need care or rehabilitation, for example, when neonatal kittens are sent to the foster home network during the seasonal spike in kitten intake. Along the same lines, low-performance shelters routinely kill off animals staying in custody, either because of disease outbreaks in the shelter or because of stringent kennel-management policies. In both situations, the ASPCA Live-Release Rate is affected in a non-intuitive way.

For shelter-reform advocates, the important issue is not what life-saving rate is used, but whether the shelter is openly and accurately reporting what happens to each live animal it takes into its care. Regrettably, shelters all too often use reported numbers as a marketing device and not as an objective measure of performance. Consider this example taken from the annual report of a humane society under contract to provide municipal animal control and a municipal open-admission animal shelter: 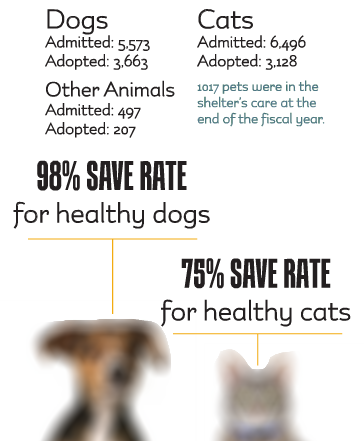 This presentation has a lot of numbers in it, but is nevertheless quite opaque, particularly since the life-saving rates are calculated not on all animals the shelter took in, but instead on dogs and cats the shelter classified as “healthy.”

As an advocate, you can ask your local shelter to do better than this and to be genuinely transparent. A very simple way for a shelter to be frank about intake and outcomes is by publishing their balance sheets, both monthly and for the year. From a balance sheet, any of the life-saving rates discussed in this post can be calculated and confirmed by anyone interested.

Photo “My cat does PDEs” by Ben Babcock is licensed under CC BY 2.0, cropped from original.