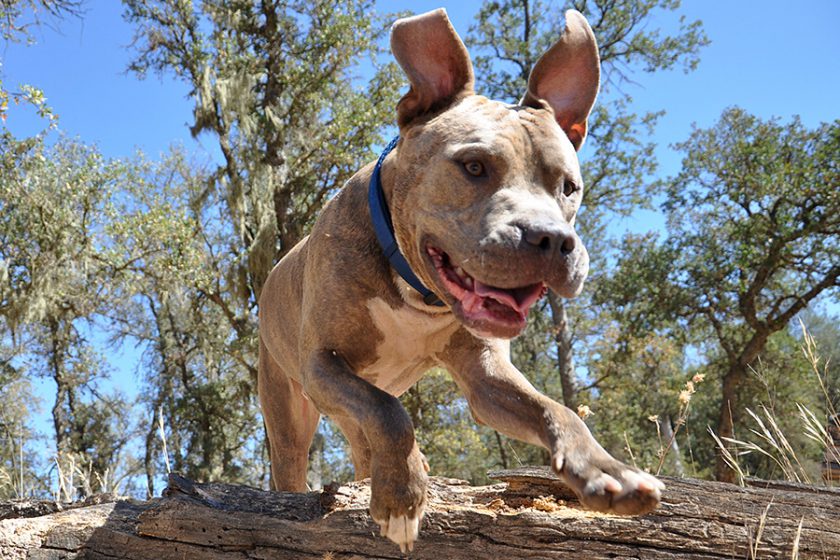 Local governments are increasingly turning to Silicon Valley for help modernizing their IT infrastructure, in order to meet the growing expectations of citizens accustomed to the speed and convenience of services like Uber and Amazon. For example, OpenGov has raised $47 million to supply cloud-based financial data analysis and visualization, including enabling citizens to track and explore budget and transactional data. Along the same lines, new open-government platforms, from companies like Accela and Socrata, have given local governments the ability to disseminate data of all kinds rapidly, for the public to examine and for third-party developers to build new applications around.

This revolution in data availability is broadening the meaning of transparency for local governments, and for service organizations in general. Animal shelters, which are responsible for the lives of lost and abandoned creatures, are sure to be affected. Many animal shelters today put summary data online, but in the coming years shelters will be expected as a matter of course to provide detailed, usable, and in many cases, real-time data feeds about the animals taken into their care. Shelters that do not will look increasingly antiquated and substandard.

This post is the first in a series that will consider open animal shelter data and the ways in which it can be used. We will look closely at two case studies: the still-evolving open data of the city shelters in Austin, Texas and in Sacramento, California.

Austin, Texas launched an open-government initiative in 2012, with the goals to support transparency and to encourage the development of new analysis and visualization applications based on data collected and held by city Local governments in Texas have a statutory duty to keep records and to provide them to citizens on request, pursuant to the Texas Public Information By exporting comprehensive data sets through their data portal, Austin is automating access to municipal records, and thereby reducing the expense of complying with state law.

Austin Animal Center provides animal services to Austin and Travis County, and is the largest open-admission no-kill animal shelter in the country. As a participant in the city’s open-government initiative, Austin Animal Center has released around sixty data sets and data views for the public to At this point, the many individual data sets constitute a somewhat bewildering assortment of overlapping and redundant data; however, a few stand out and deserve highlighting:

Austin is home to the all-volunteer organization Open Austin that has been promoting open government, open data, and civic application development since 2009. It was Open Austin’s advocacy that led to the open-government City Council
and to the creation of the Innovation Office and the hiring of a Chief Innovation Officer to spearhead open data and new uses of Open Austin has developed two civic applications for animal services: a TwitterBot that periodically broadcasts a randomly selected adoptable animal to and a web application that allows pet owners to search the Austin Animal Center for specific lost pets and to receive notification when new matching animals

The Austin open data portal is hosted by Socrata. The Socrata web application supports browsing, filtering, searching, sharing, and downloading data sets and views. It also supports visualizations, like charts and map views. OpenAustin maintains a wiki describing how to get started using the web application.

The city of Sacramento, California also has an open-government initiative, which was launched in 2013 to promote transparency and openness, and to make public data easily accessible by The city maintains a data portal and encourages residents and businesses, including software developers, to find innovative ways to use the public data. As in Texas, the data portal serves to reduce the cost of compliance with the state public-records law, in this case the California Public Records (For more information about animal shelter public records in California, see our post A Bit About the CPRA.)

City of Sacramento Animal Care Services is a participant in the open-government initiative, and has released nine data sets and views for the public to Disappointingly, only one data set has been updated since the open-data launch in 2013, and updates seem to have stopped altogether at the end of 2015:

The Sacramento open data portal is hosted by Junar. The Junar web application has features equivalent to the Socrata web application, except for map views. Junar has published a wiki that explains how to use the application.

In the remaining posts of this series we will dig deep into the Austin and Sacramento open data. We will see what kinds of questions can be explored through animal shelter data, and how the data sets themselves might be improved. Also, we will look at working with the data through software, to go beyond what is possible using only the web applications.

For shelter reform advocates and for shelter leadership alike, open data holds great promise, not only as a cost-effective approach to full transparency, but also as the fuel for boosting lifesaving through a variety of technologies, like data mining, predictive modeling, and new software applications. Many shelters see the data they collect as a byproduct of daily operations, and not as what it really is: a treasure trove of knowledge and insight that can be used to understand what is really going on, to uncover latent inefficiencies, and to drive decision making. The shelters that value and capitalize on the data they collect will no doubt distinguish themselves as they become ever more proficient and sophisticated at lifesaving, setting new performance levels for other shelters to match.

Photo “Incoming!!!!!” by Eileen McFall is licensed under CC BY-NC 2.0, cropped from original.